The parish church of La Asunción is a masonry work carried out in the 15th-16th century with reinforcement blocks in the corners and on the buttresses of the apse, that is pentagonal. On the east facade, with a pointed arch portal, a bulrush, finished off in a triangular pediment, is built with three half-point openings for the bells. The interior consists of two naves separated by semicircular arches on pillars, the central nave being covered by wooden frame with braces. The main chapel and the sacristy are covered with ribbed vaults, the first one is simply veined and the second one is covered with a ribbed vault with tiercerons. Most significant is the southern door of the temple, currently blinded and a part of the parish dependencies, which forms a beautiful Plateresque ensemble of Toledo’s influence of the 16th century.

The Patrons of the area of El Vellón, and to whom the two main Processions held throughout the year are dedicated, are San Blas and La Virgen del Rosario.​

Church dedicated to Our Lady of Conception, dating from the early twentieth century. Its construction works began in 1922 and finished in 1927.

It consists of a single rectangular nave with a gable roof and row with braces, topped by a polygonal apse of greater height. Inside, it preserves a baptismal font from the 16th century, probably from the primitive hermitage of La Consolación, the origin of the current church.

The Patrons of the area of El Espartal, and to whom the two main Processions held throughout the year are dedicated, are San José and La Virgen del Pilar. 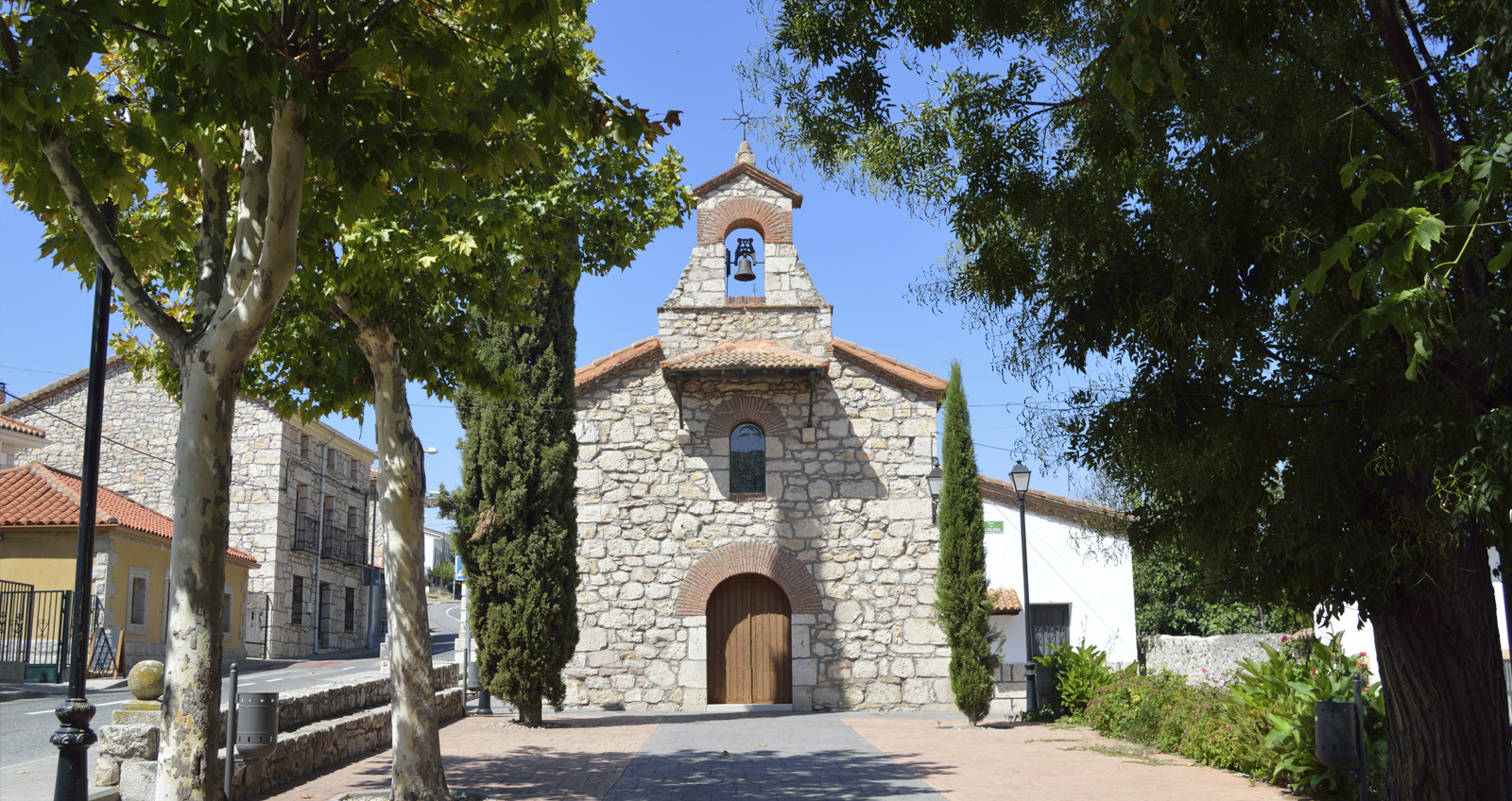 In its urban center, in the Plaza de la Picota, a cross is built on a slender monolithic column that certain authors do not hesitate to describe as the old pillory of the town, where inmates and criminals were executed. It has an inscription that reads: “This work was ordered by the honest Pedro de Frías, that God has in his Glory, in the year of 1552”. Although El Vellón did not become a villa until 1564, the capital and the cross seem to have been added lat​ 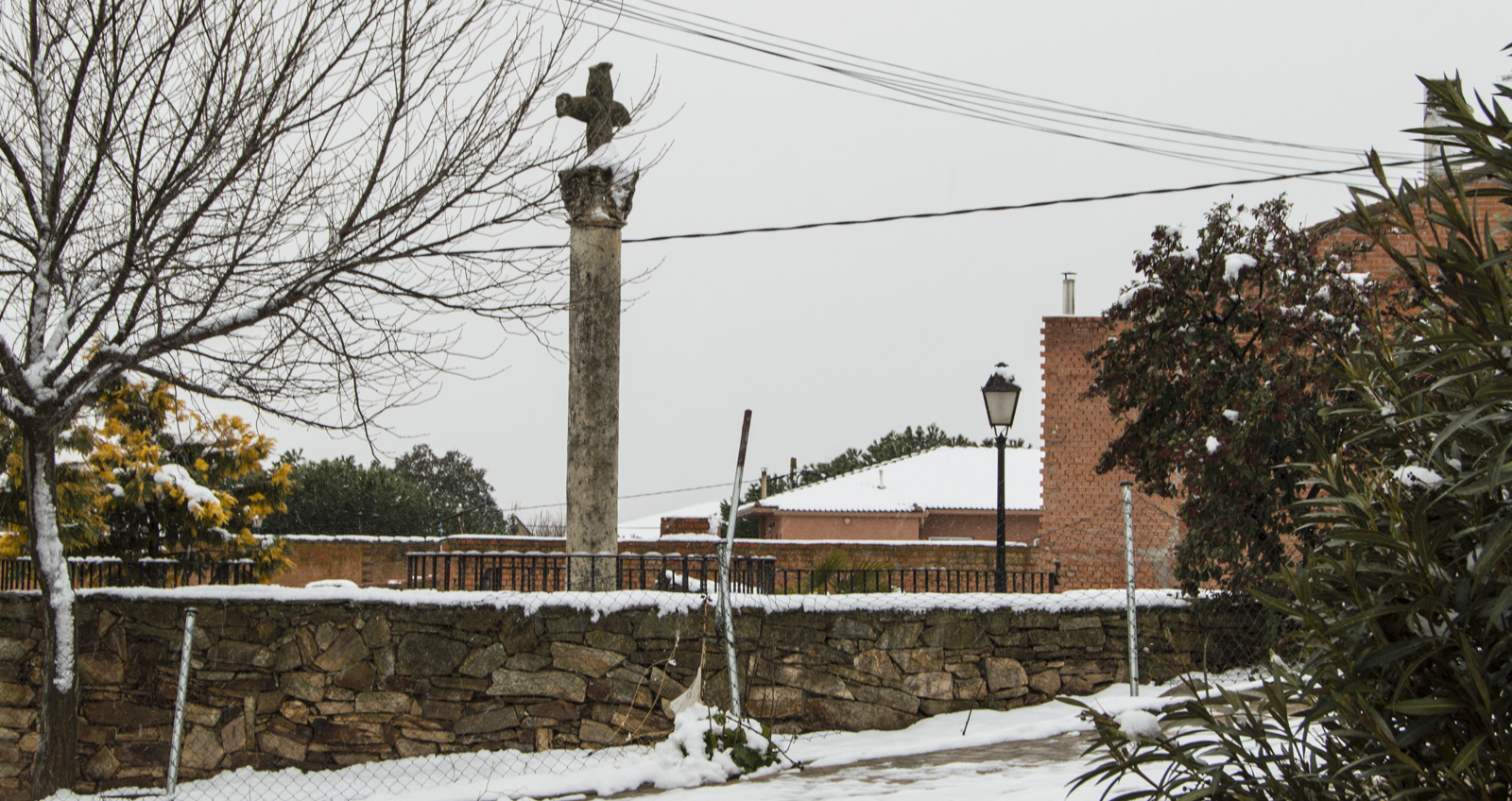 It is a small hermitage, located on the road of the same name, that leaves the M-129 road that connects the municipalities of El Vellón and Torrelaguna.

Square and covered with a hipped roof, it also has a porch consisting of a small roof held by two stone columns. It was renovated in 1990.

In it is the image of San Blas, Patron of the town, from the month of May to the month of February, and in the esplanade of the field that surrounds the Hermitage the traditional Bread and Cheese Pilgrimage is celebrated, the Sunday before the Feast of the Ascension. 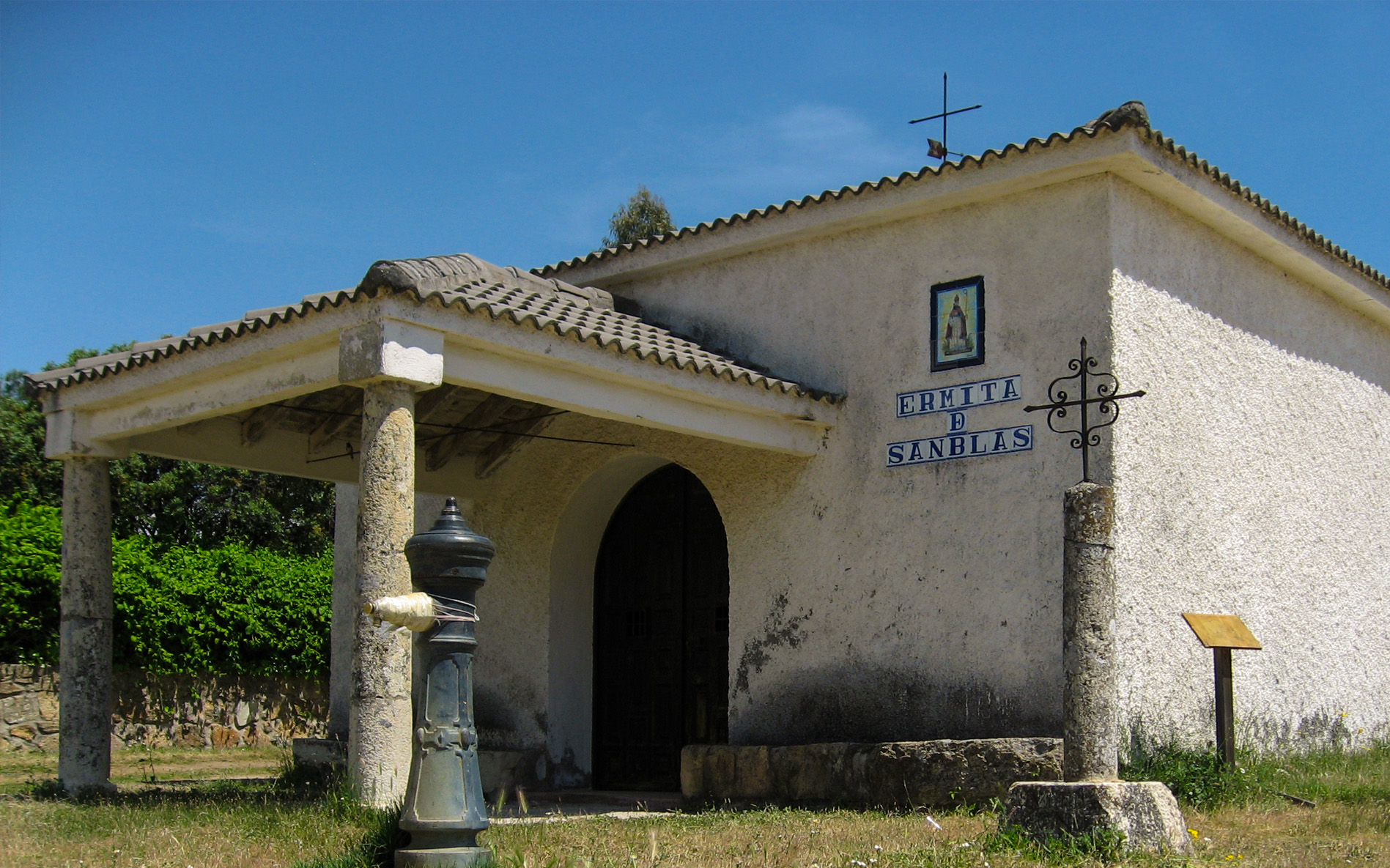 Located halfway between El Vellón and El Espartal, next to the M-122 road that joins these urban centers. Of Muslim origin, its construction can be dated to the 9th century, and it was part of an important defense network of the Marca Media or northern border of the Kingdom of Toledo.

It is a masonry construction of circular plan and cylindrical volume of just over 6 m. in diameter and 9 m. tall. The thickness of its walls is just over 1m. and the Gateway is lintelled and more than 2.50 m. tall.

It is declared Cultural Interest Asset, next to the watchtowers of Venturada, Torrelaguna and El Berrueco. 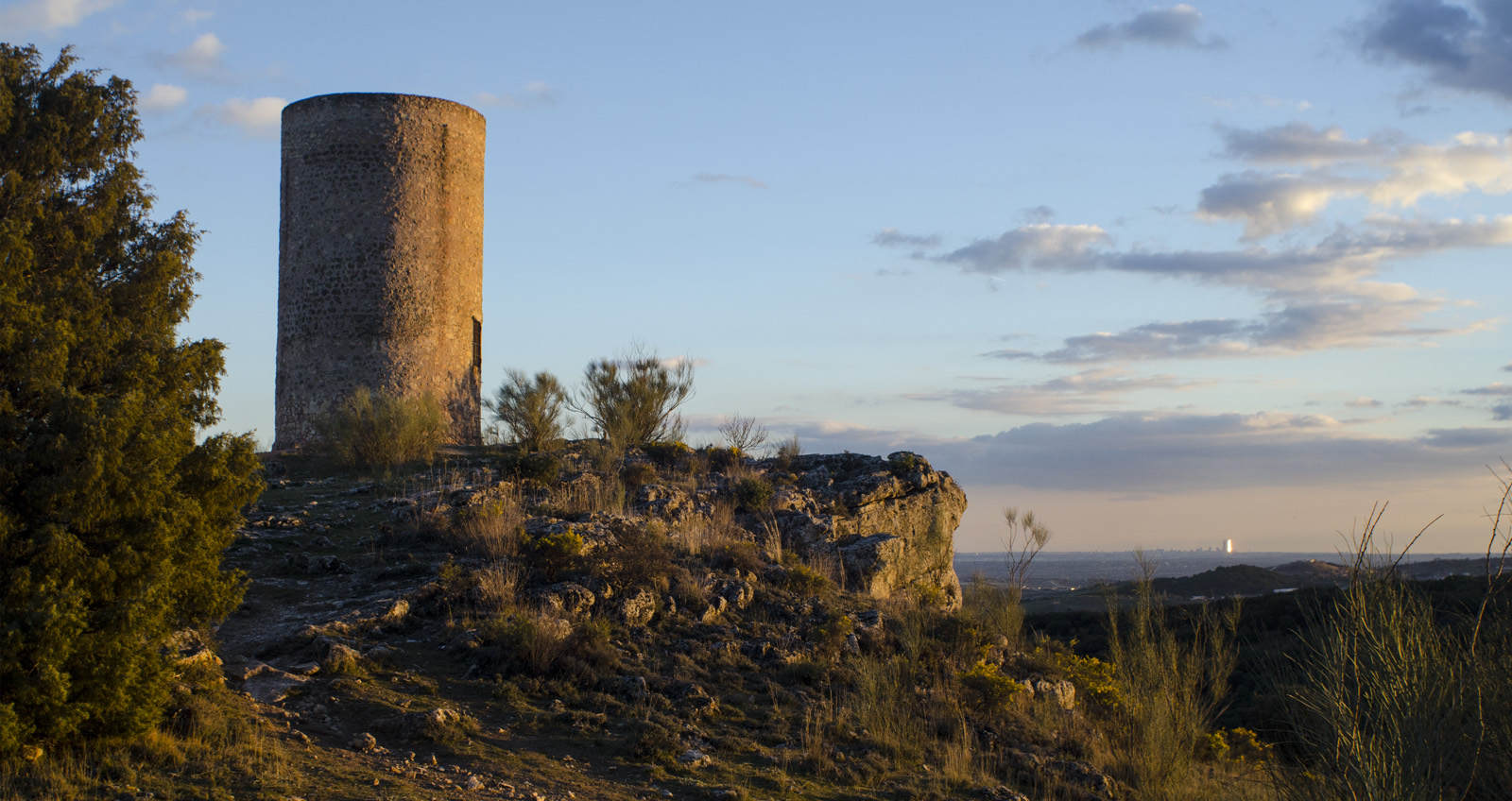 It is the place with the most recognizable landscape of El Vellón and constitutes the main rarity and geological beauty of the municipality. It is located in the northeast part of it, and can be accessed from the M-129 road.

It is a limestone landscape, with large stones adopting capricious forms (the best known is a so-called “cathedral”), covered with ivy and other abundant vegetation. Already in the eighteenth century, this place was described as follows: “You can see some large stone ravines, formidable in sight, that look like an air eruption after an earthquake”. 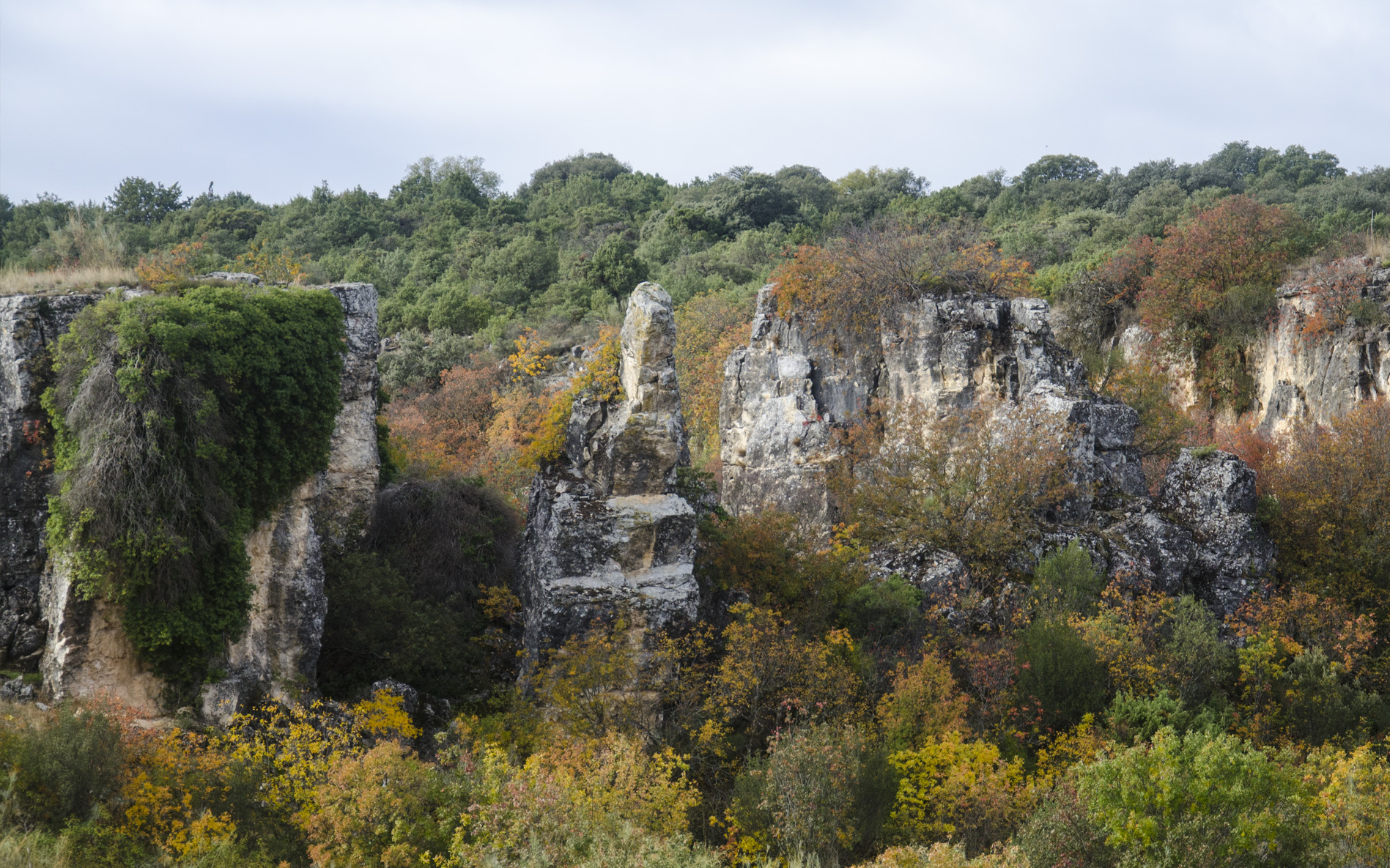 It is a natural grotto located north of the municipality, in the place known as Los Taberneros, which could be several kilometers long still unexplored, and whose entrance is a small cavity of almost imposible access. Associated with the Cave of la Mora, there is the legend that there lived a beautiful Mora (“mora” means Moor woman), who went out every morning to comb her golden hair with a golden comb, sitting on the “Balcony of la Mora”. One day a shepherd passed by, and after greeting him she asked: what do you like best, the comb or the hairdresser? The shepherd replied that the comb, and the Moor woman, very indignant, went back into her cave swearing that they would never see her again. And so it was, since then she was never seen again.​ 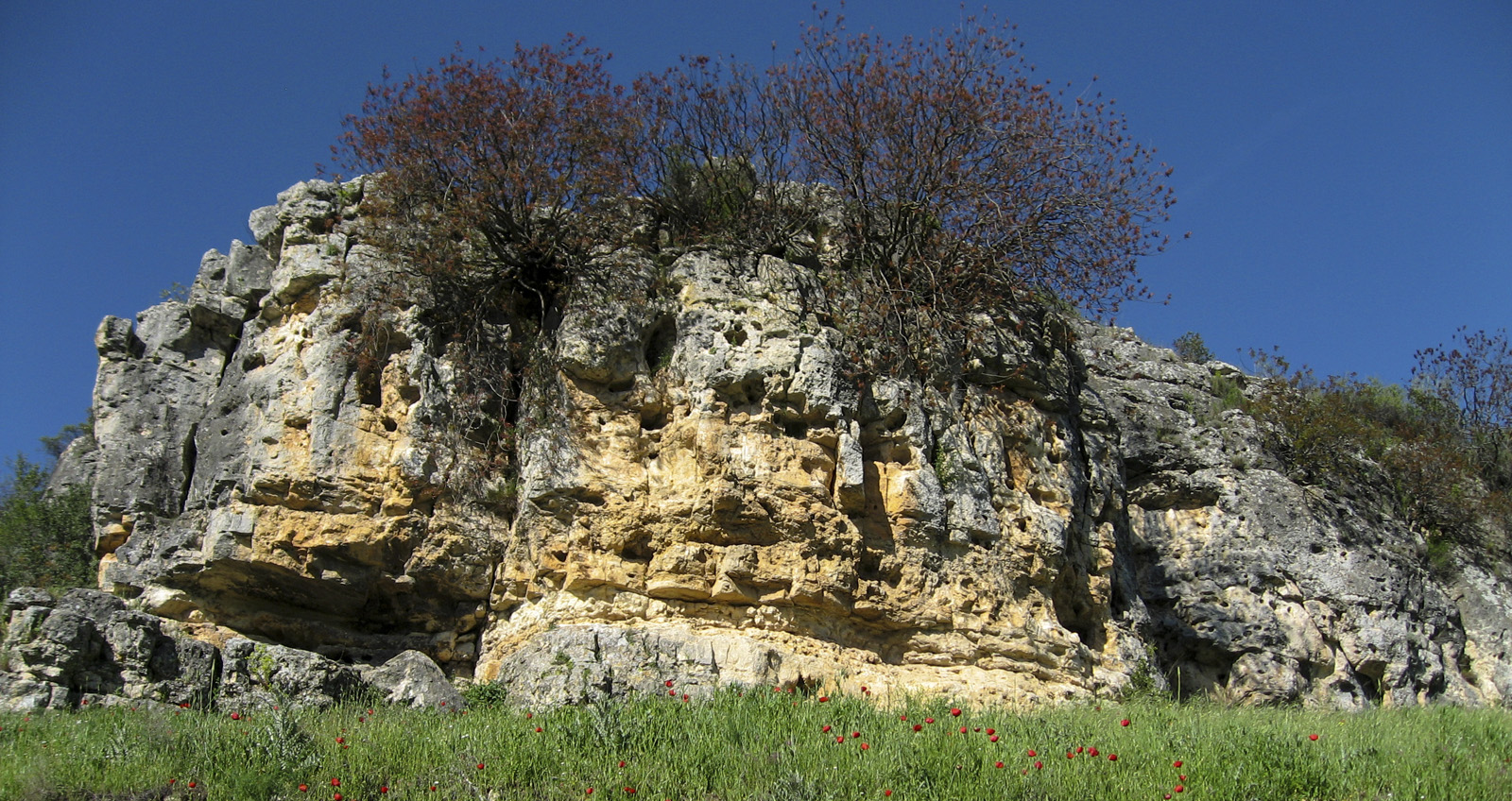