DESCRIPTION OF THE AREA

This municipality is mostly made up of metamorphic geological materials and clays, conglomerate and sandstone lands, largely devoted to intensive dry land crop and sheep and cattle. The orography is wavy and somewhat rugged. Its average altitude is 888 meters.

Its climate is Mediterranean with a high continentality, which marks the development of vegetation.

The extension of the municipality is 35.3 km2, and in 2019 it has a population close to 2000 inhabitants, including the population of the main district, the hamlet of El Espartal and the dispersed areas. 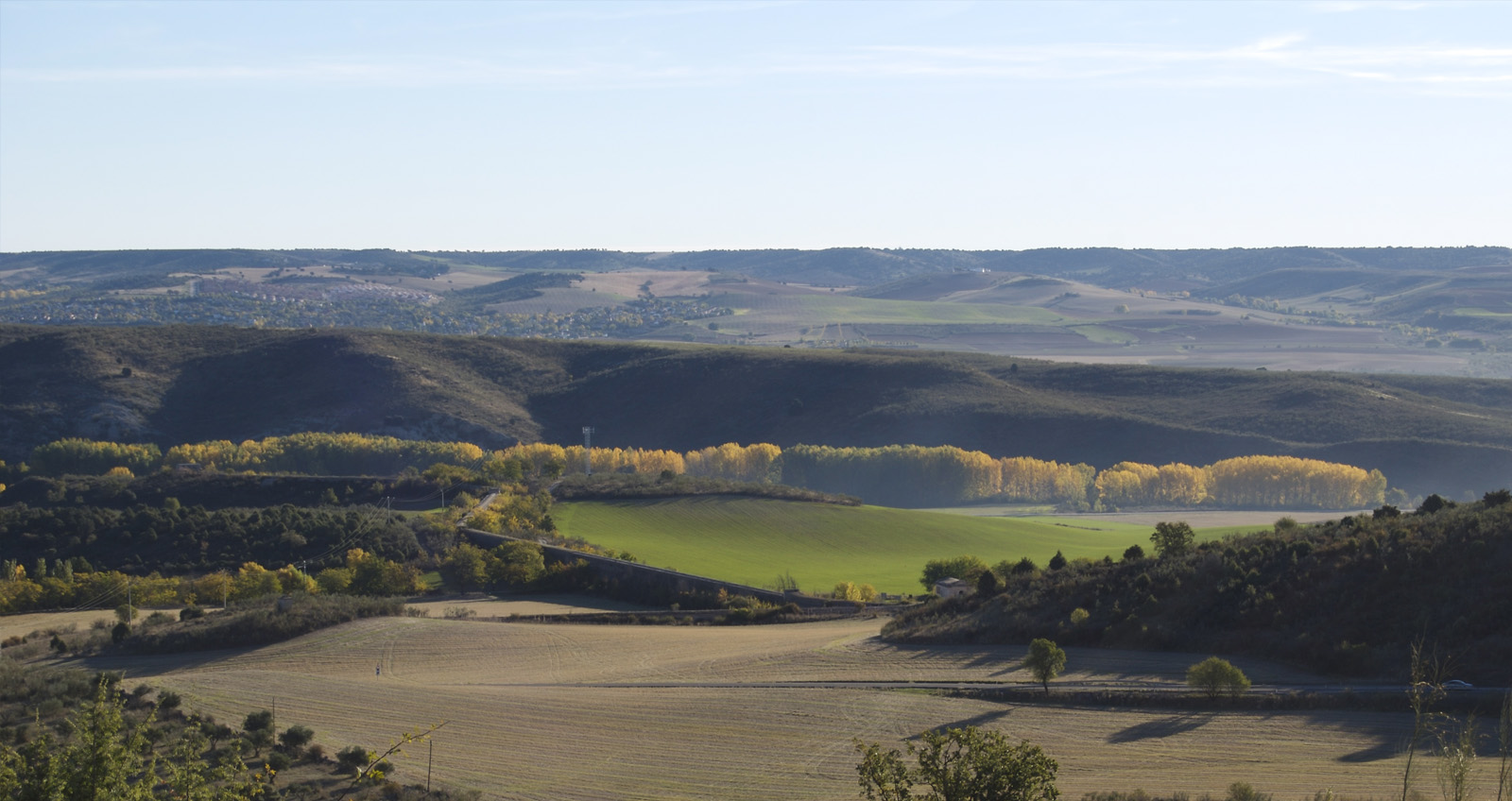 Below are the main values and characteristics of the area, really important to explain the realization of the green path network within the municipality of El Vellón:

In this municipality there are several types of plant formations. In large groups there could be 6 types of main formations: 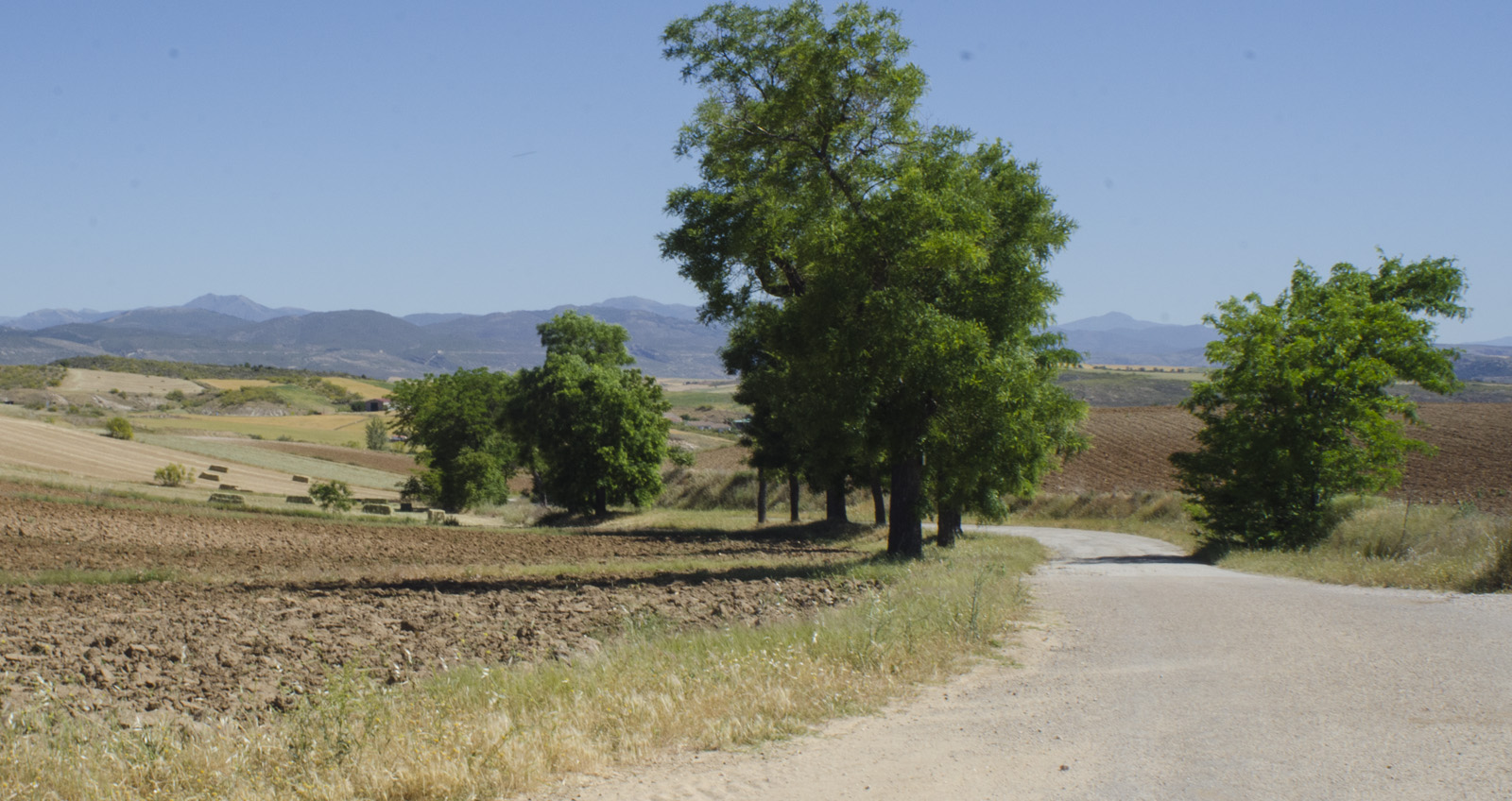 Vegetable formation, typical of piedmont with different land uses, all arranged in a mosaic form. This area is characterized by the existence of many farms separated from each other with mostly hedges. 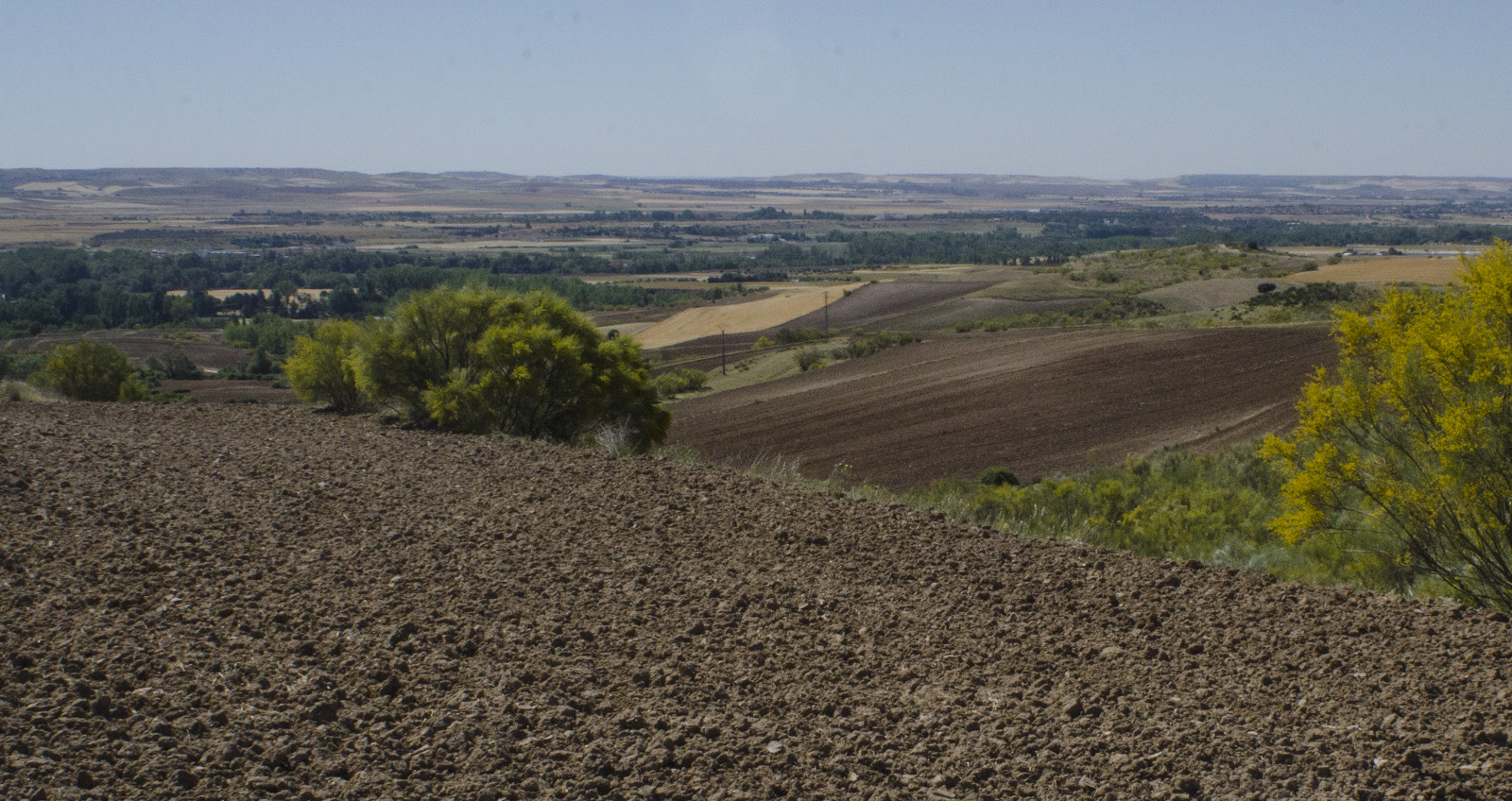 They are located northwest of the municipality, where the soil is less fertile. A large part of these grasslands is occupied by the Boyal Grassland, and to a lesser extent by small plots with scattered holm oaks, thyme, lavender and rockrose.​ 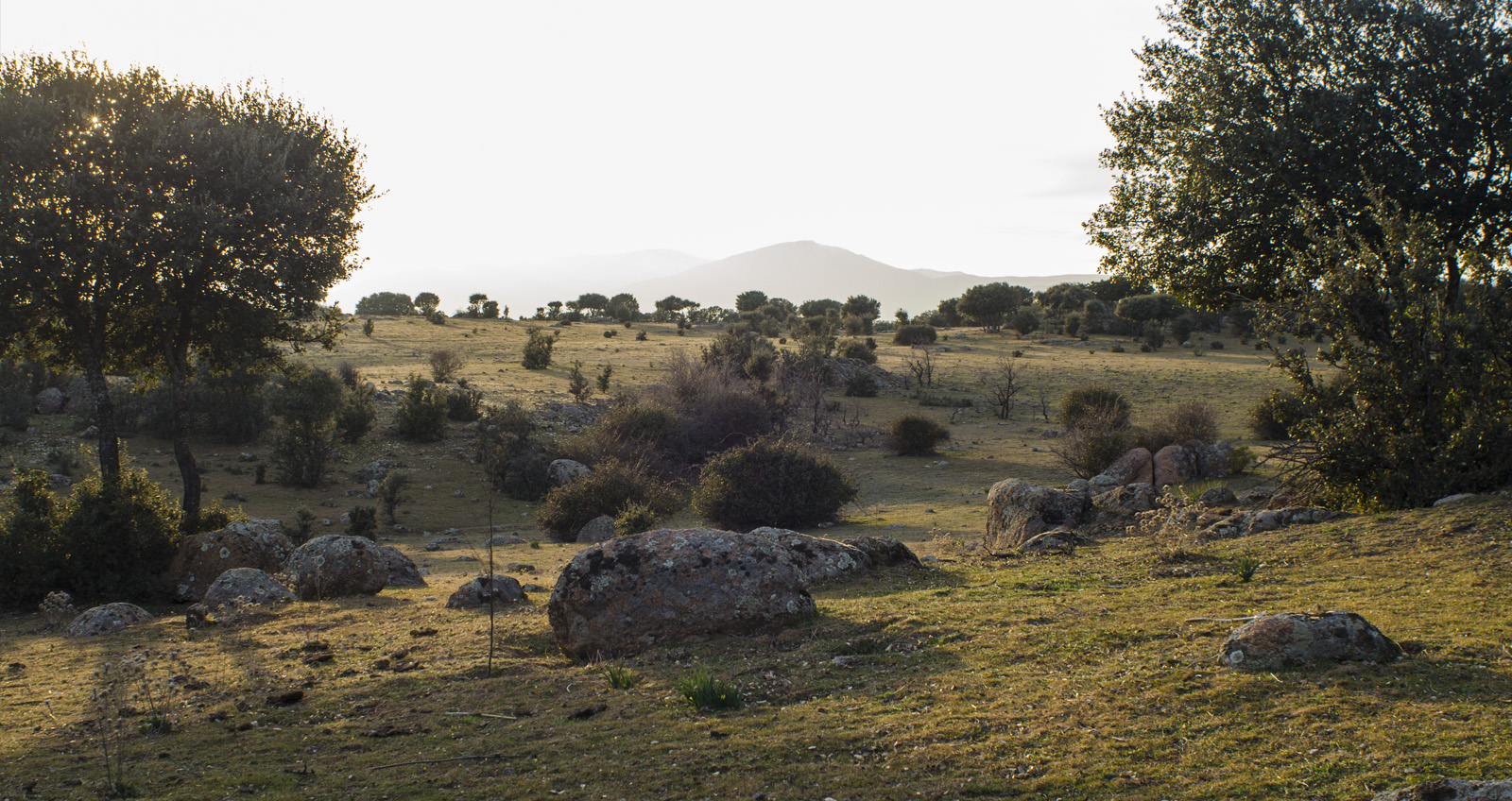 These formations are the least abundant in the territory. They occur to the east of the municipality due to the course of Jarama and streams that flow into it.

Poplar groves abound near the river, and in the nearby streams there are interspersed ash tres, poplars with shrubs such as rosebushes, brambles, etc. 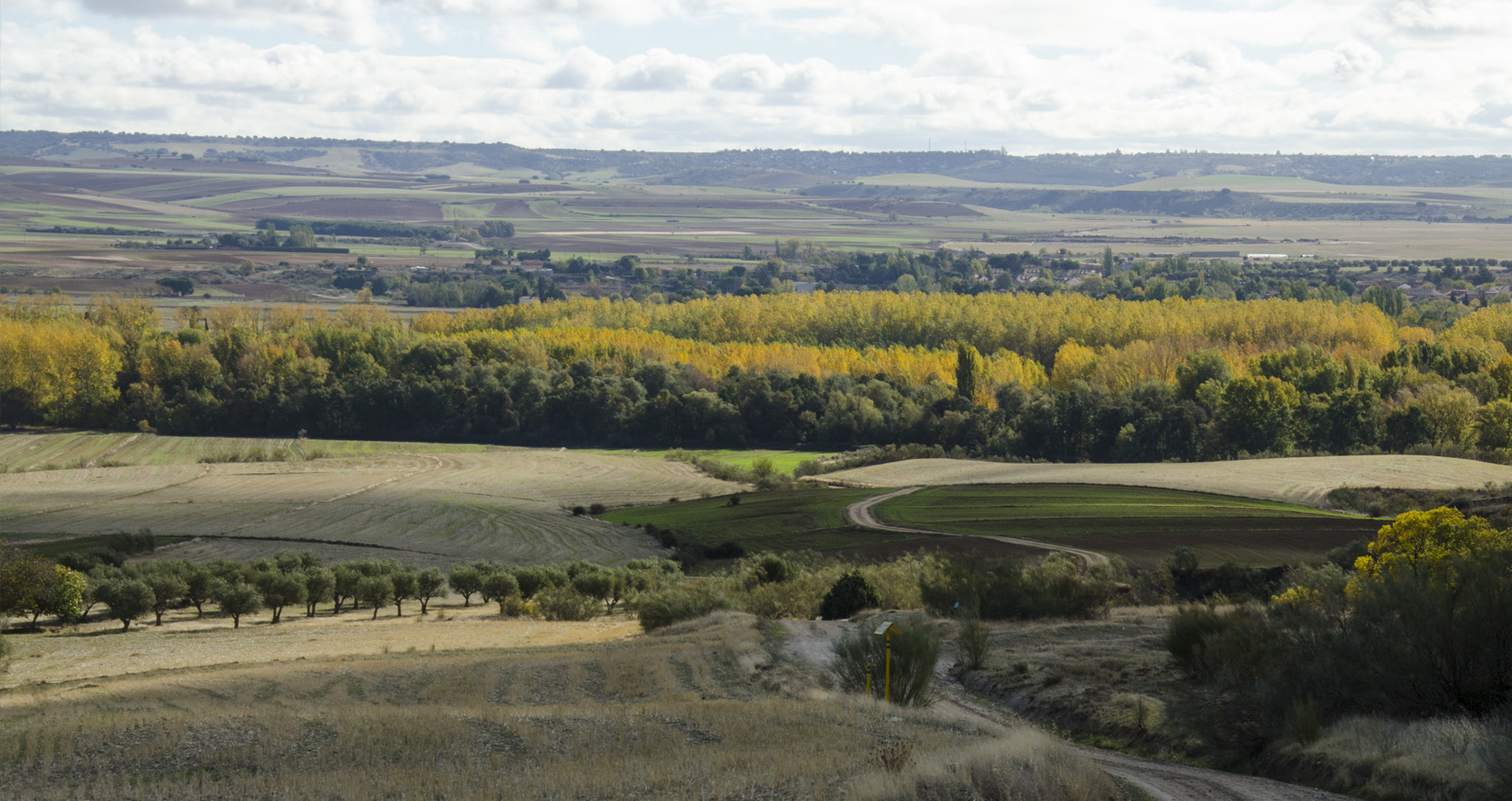 The thickets occur in almost the entire municipality. Within this formation, broom, gorse, thyme, Rosemary, rockrose or asparagus ferns coexist in different proportions according to the characteristics of the area. 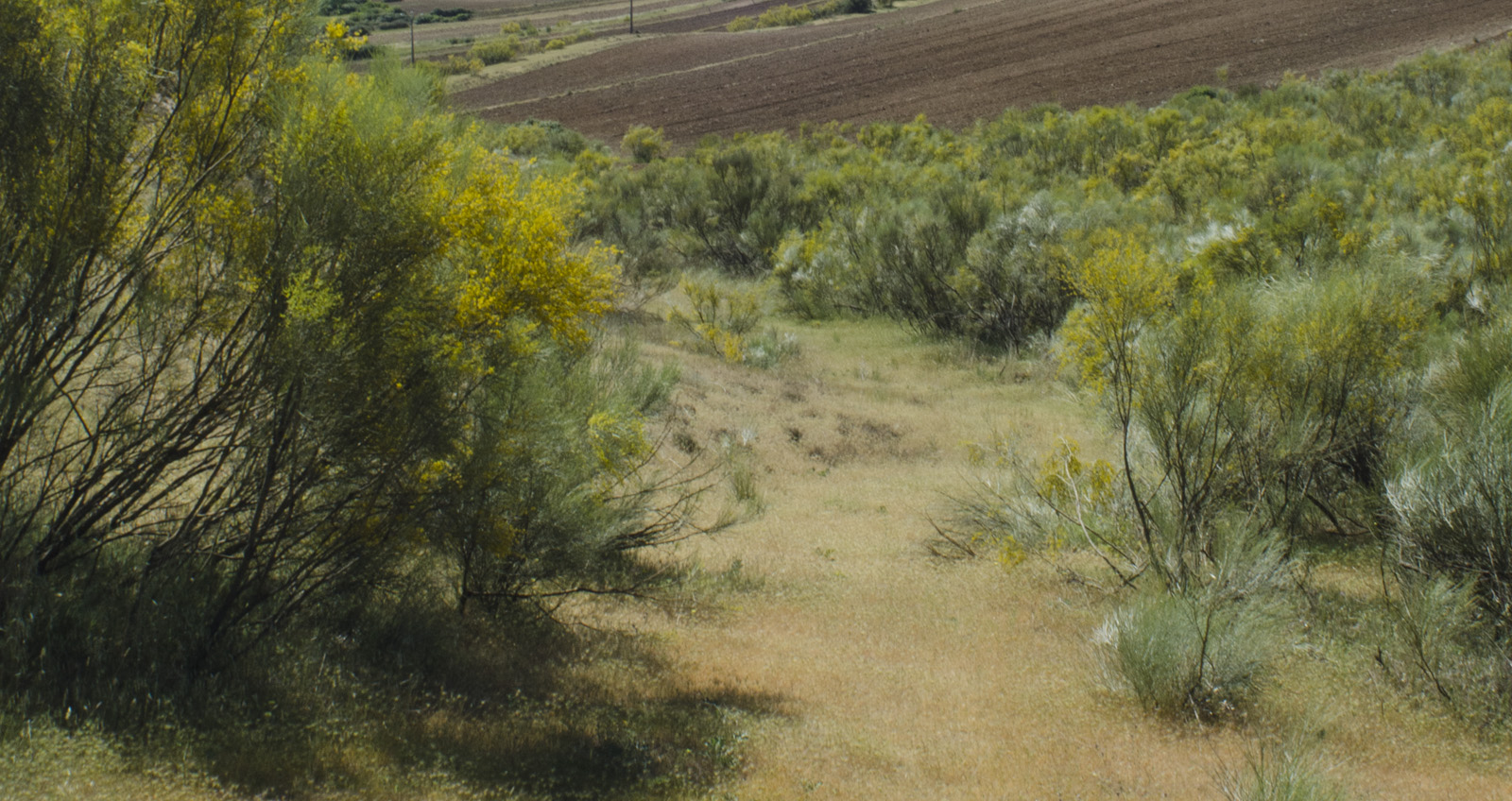 The crops are located in the West, which is the most fertile area of the municipality. Most crops are rainfed, with barley, wheat and rye predominantly. Irrigated crops in the area are reduced to small scattered orchards, irrigated with groundwater from wells. 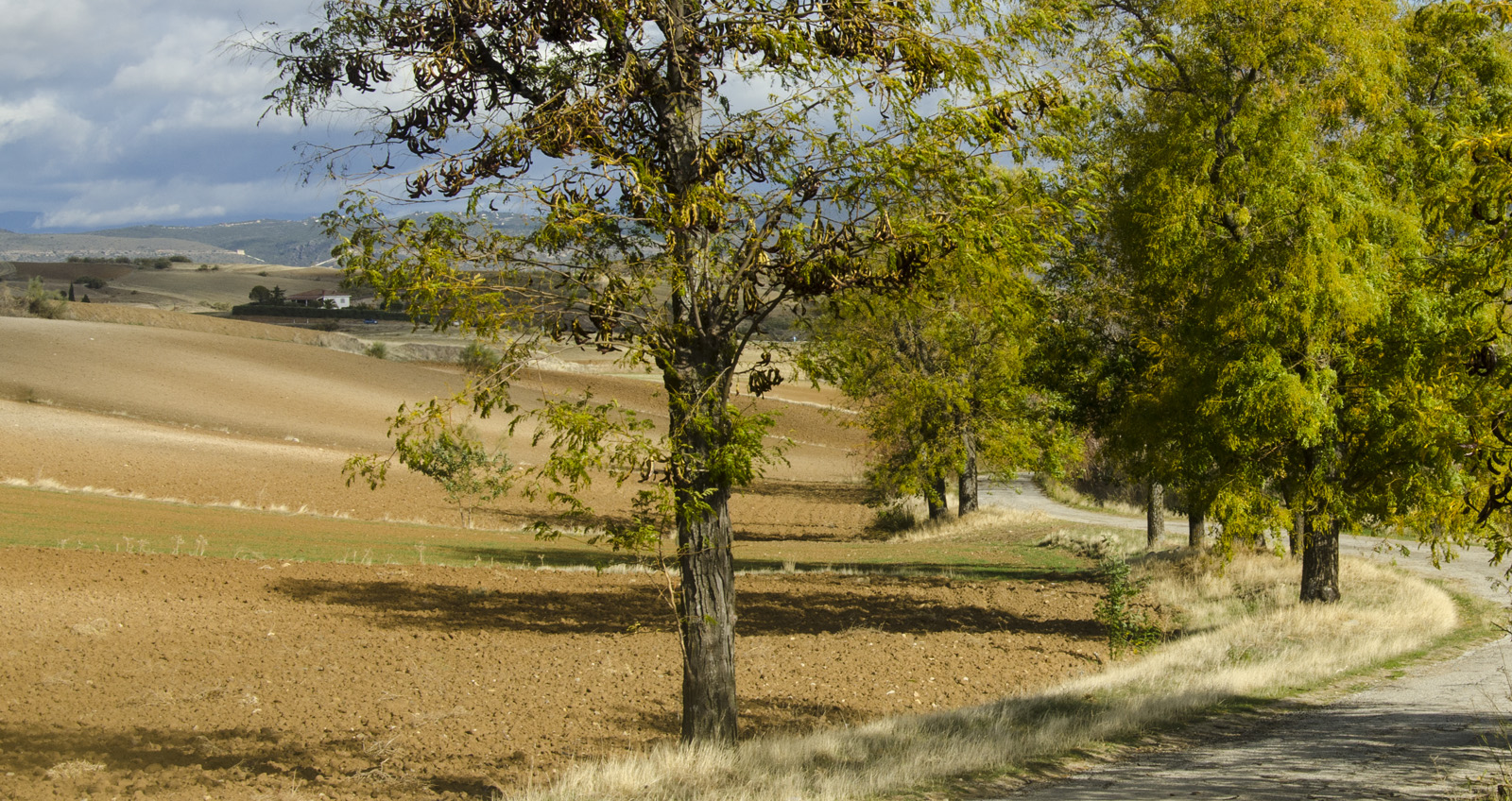 This formation is very abundant in the north zone of the municipality. They occur on the slopes of small stream valleys. Holm oaks, junipers, quarrels and shrub vegetation are the especies . 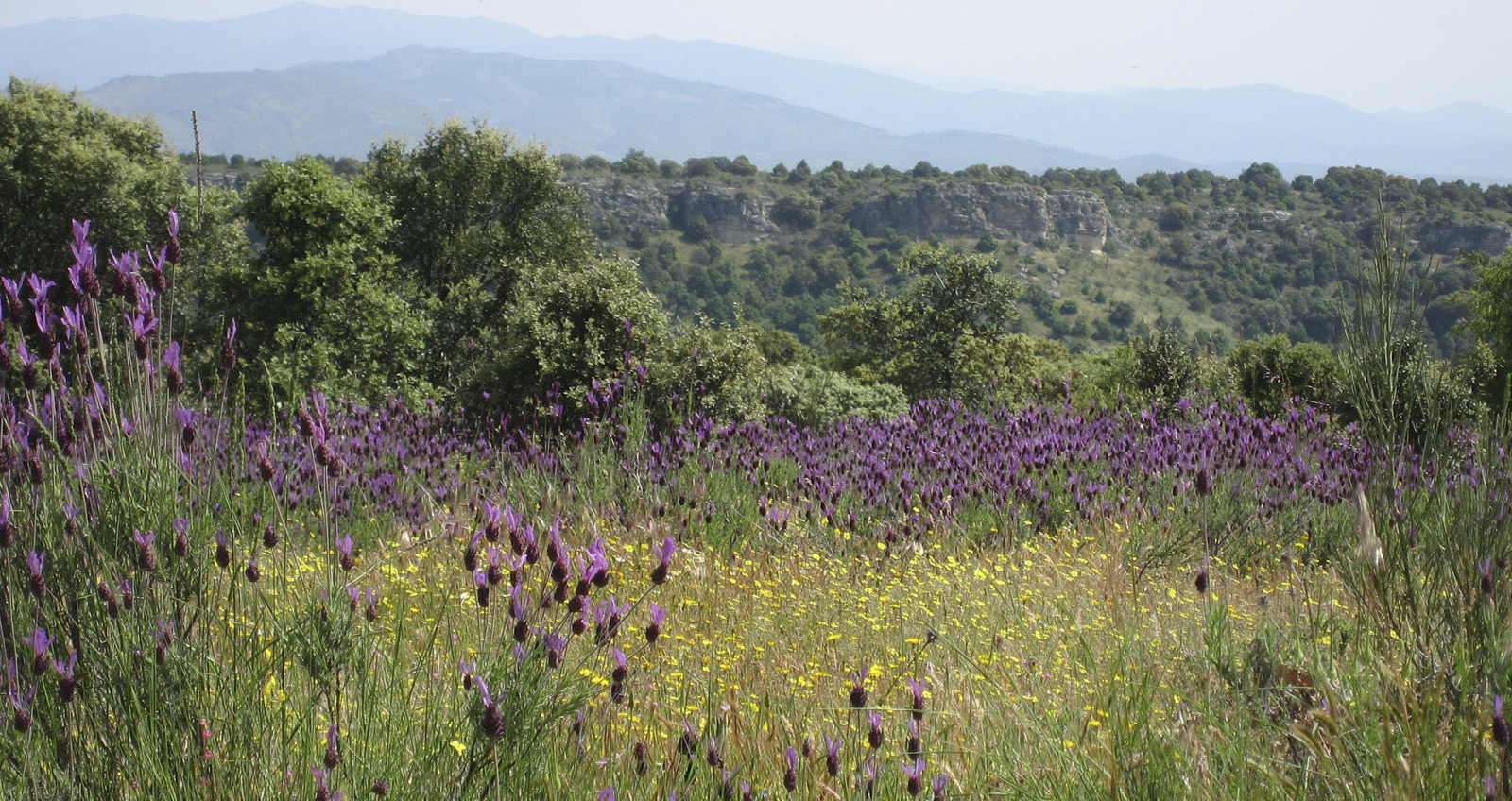 Fauna in the Municipality

Among the different mammals, there inhabit the territory of El Vellón a growing population of roe deer (in the area of evergreen leafy). There are also wild boar throughout almost all the territory, except extensive crops and meadows, and foxes throughout the municipality, always in areas linked to small valleys and leafy stream banks.

On the other hand, there are the “small game” animals, which abound, such as the rabbit and the hare, among the mammals, and among the birds, the turtledove, the partridge and the quail.

As for other birds, we must highlight the presence of hoopoe, culebrera and partridge Eagle, a known pair of Eagle owls and another pair of storks in the bell tower of the church.

The physiography of the municipality is:

Metamorphic rocks such as Ordovician gneises predominate as mother rock. The formations are almost always wavy, without major accidents. The area of greatest value is called “the Berrocals”. 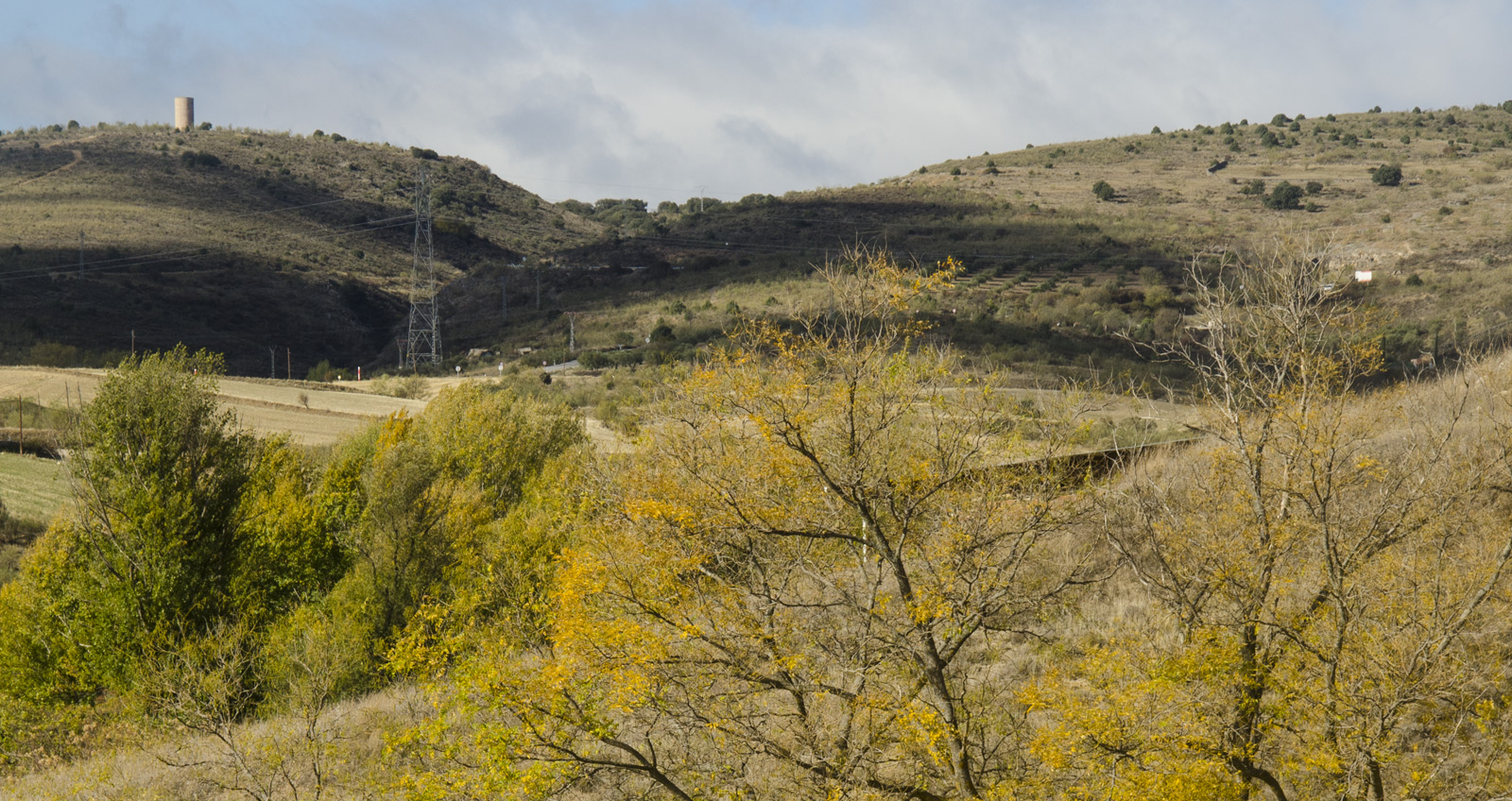 This formation is constituted by strata of limestone rocks, loam and dolomites, arranged in an anticline fold, on steep terrain. In the northern zone, at the intersection with the stream of Monte, the landscape of the Quebraones is formed, a place of great beauty. 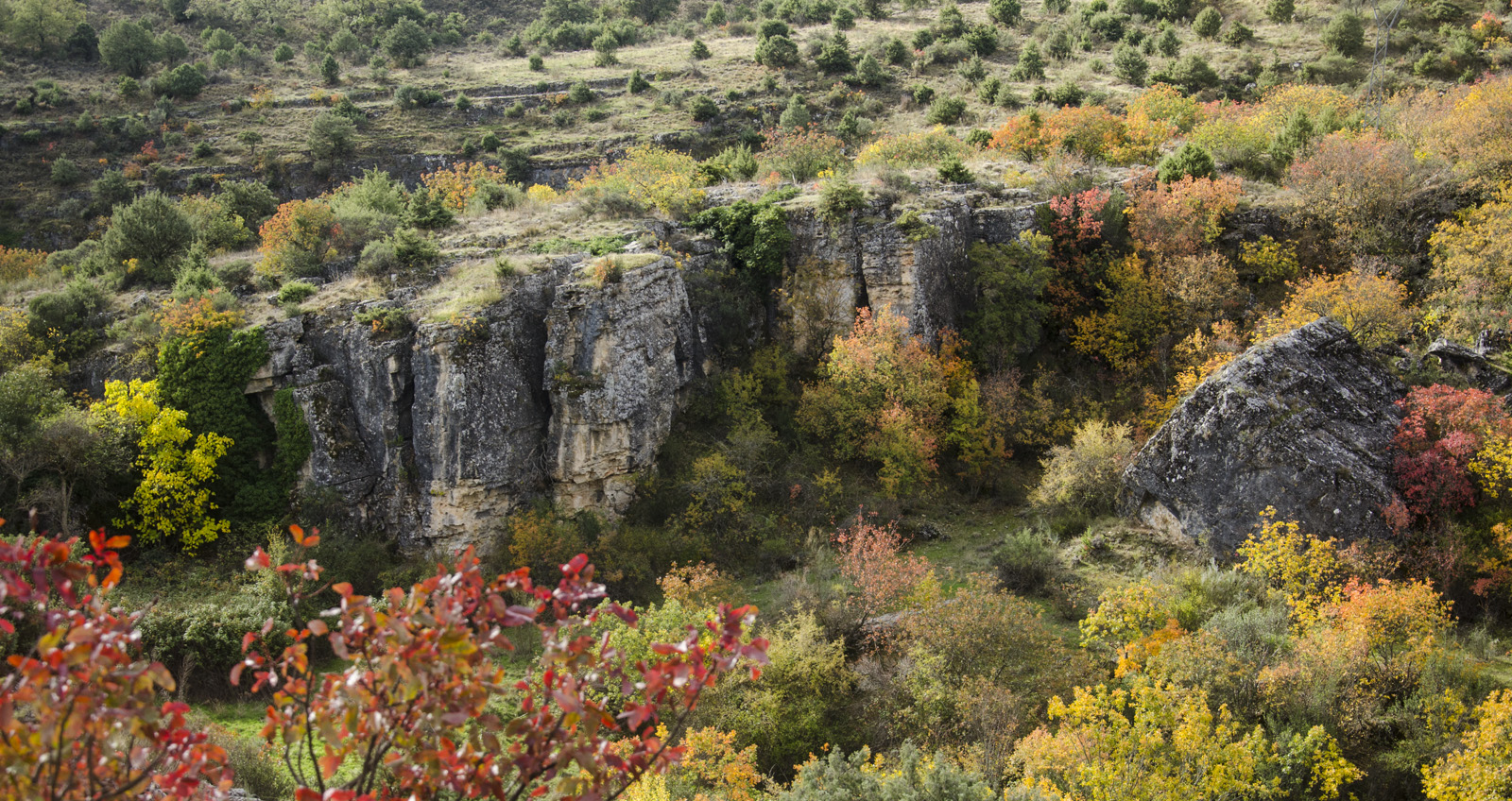 The area is located east of the municipality, on the Jarama slope. Its characteristics are due to the proximity of this river, and the existence of streams that flow into it. Large valleys do not form, due to the low flow of these streams, but the territory has a slope of 3 to 12%. 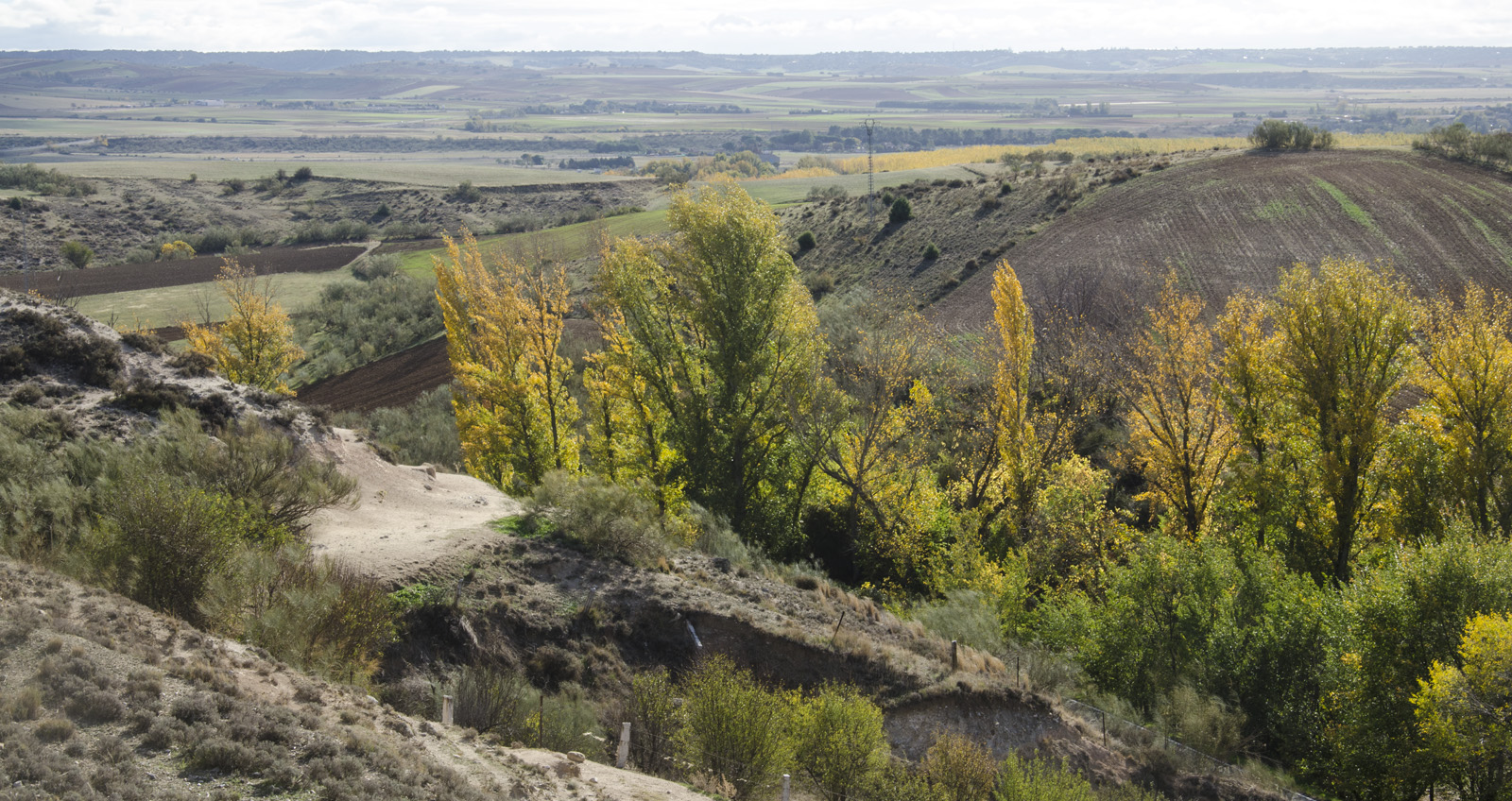